The story behind the development of Koshino Gohaku

Five breweries with the word "white" in their labels came together.

Development of Koshino Gohaku, the predecessor of Koshino Rokuhaku, commenced at a gathering of four renowned sake breweries: Takano Shuzo, Yahiko Shuzo, Nakagawa Shuzo, and Niigata Daiichi Shuzo.
As the four breweries pondered whether they might do something together, they asked the Niigata Shuhan trading company for help with planning and distribution.
They came up with the idea of inviting the Hakuryu Sake Brewery, which also has "white" in its name, to cooperate.
It was decided that Gohaku (“five whites”) had a more pleasing sound than Yonhaku (“four whites”), so the Koshino Gohaku project was launched as a collaboration of five breweries with "white" in their names.

The four breweries had talked about how good it tasted when they tried mixing all of their respective sakes together.“That’s interesting”Blending with sake from other breweries is unprecedented, and it had a massive impact on the industry.
It may have seemed like the wrong course for sake brewing, but a plan for a commercial product was started while demand was sluggish due to COVID-19.

... and then ...
Koshino Gohaku is born as blended sake from five breweries

These five breweries are located all over the prefecture, including the regions of Joetsu (Niigata Daiichi Sake Brewery), Chuetsu (Nakagawa Sake Brewery), and Kaetsu (Yahiko Shuzo Sake Brewery, Takano Shuzo Sake Brewery, and Shirataki Sake Brewery), and are well loved in each region.
This is why Koshino Gohaku became such a hot topic of conversation in each area, as blending sake from five different breweries is unprecedented.
What would it taste like? Wouldn’t the different flavors conflict with each other? This was the beginning of a challenge that many in the industry considered forbidden.
With the help of Niigata Shuhan, we have established sales routes across Niigata Prefecture and beyond. This system has enabled people all over Niigata Prefecture to enjoy the product.

Another brewery with "white" in its name is added

As a trailblazer for blended sake, Koshino Rokuhaku will continue to pursue new possibilities.January 2022New Year’s Blend to be released for sale 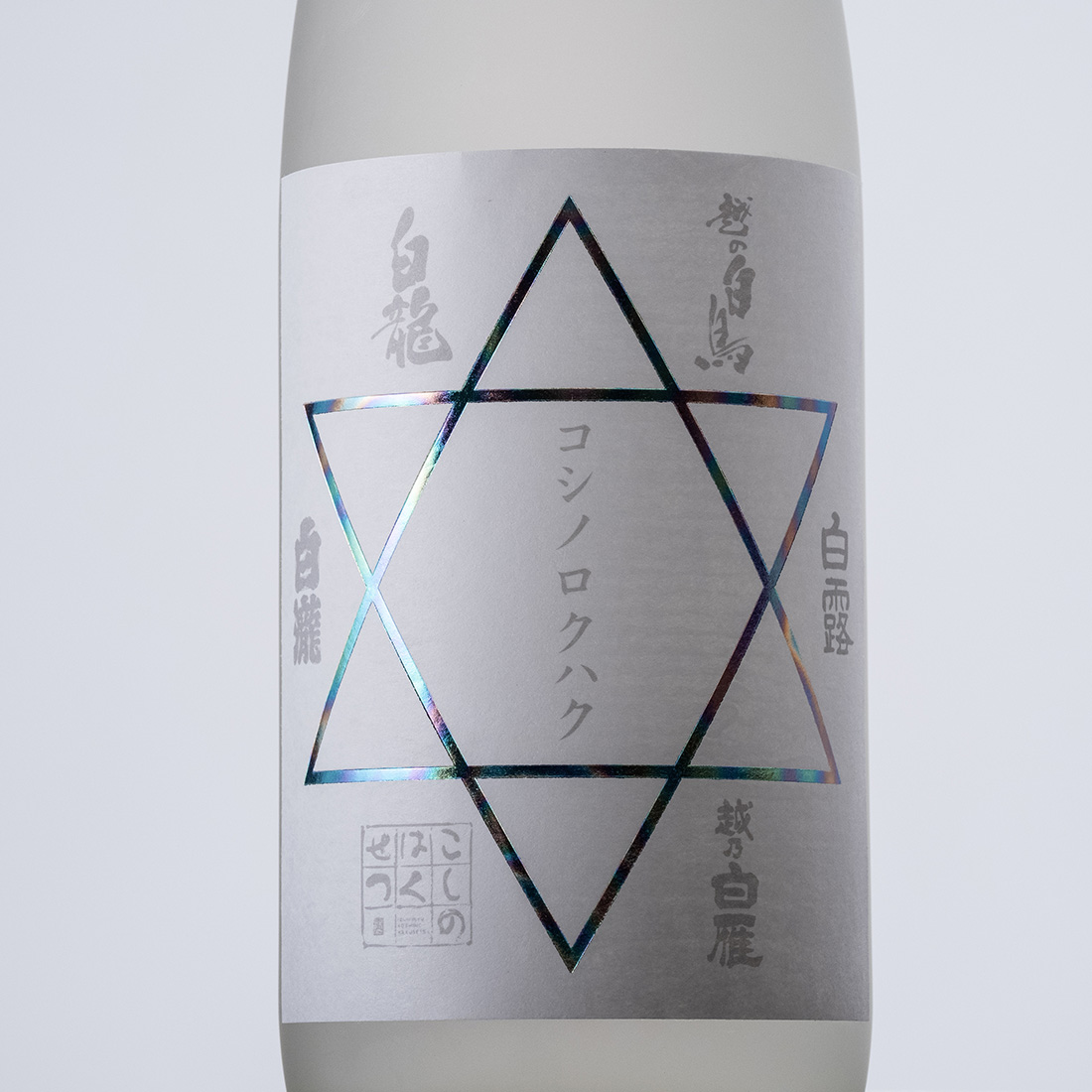